Sodium metasilicate is the ionic chemical compound with the formula Na2SiO3, and the main component of commercial sodium silicate solutions. It is colorless crystalline, deliquescent, and hygroscopic, soluble in water to give an alkaline solution.

get a quote
Contents

Sodium metasilicate is a silicic acid salt, classified as an inorganic salt product. It is non-toxic, harmless, and odorless, with purifying, emulsifying, moistening, dispersing, permeating, and PH buffering abilities. As an aqueous solution, it is capable of hygroscopy and deliquescence when in contact with air. Its forms include anhydrous, pentahydrate, and nonahydrate compounds.

It is estimated to be generally less aggressive and safer to use than caustic soda (sodium hydroxide). Sodium silicate reacts with metal oxides to establish a protective film on metal surfaces, reducing the alkali’s tendency to corrode and dissolve metals. This sort of protection is maintained as long as minute amounts of soluble silica remain in the presence of water.

In conjunction with surfactants, sodium metasilicate aids the neutralization of acidic soil, the deflocculation of particulate soil, and the emulsification of oily and greasy soil. Furthermore, it enhances the suspension of removed soil and prevents its reaccumulation. The grease and dirt deposits get dispersed into small, suspended particles that rinse away without redepositing on freshly washed surfaces.

As a builder, sodium metasilicate enhances/maintains the surfactant’s cleaning efficiency by balancing water hardness. Also, it has the highest active alkalinity and PH buffering index among inorganic electrolytes, which enables its strong moistening, emulsifying, and saponifying effect on fats. For this reason, it’s broadly used in manufacturing high-efficiency in soaps, detergents, and metal cleaners. Sodium metasilicate pentahydrate can substitute STPP in detergent formulas to increase their cleaning efficiency while reducing environmental pollution.

Sodium metasilicate is also applicable in fireproofing mixtures, insecticides, fungicides, and antimicrobial compounds, as well as in dairy cleaning, paper deinking, and washing carbonated drink bottles. It’s a chemical intermediate for silica gel catalysts, an active ingredient in adhesives, and a bleaching aid to stabilize hydrogen peroxide. Furthermore, it’s utilized as a clay deflocculant in the ceramics industry and a boiler compound. In combination with other salts such as sodium bicarbonate, it creates a paint stripper for aluminum.

Recommended storage: stored in a cool and dry place with pallet or plate.

Sodium metasilicate is formed by the high-temperature fusion of silicon dioxide with sodium carbonate.

Sodium metasilicate pentahydrate is commonly used as a base for dish and laundry detergent formulations and a bleaching aid. It has a major utility as a builder of the cleaning efficiency of the surfactant in soaps and detergents. Other applications include deinking paper, laundry, metal, and floor cleaning products.

The multiple hydrates of sodium metasilicate are used in soap and bath/washing products. They are also used as anti-corrosion agents in boiler-water feeds.

What to use for my detergents? Sodium silicate or Sodium metasilicate pentahydrate?

Our MOQ for Sodium metasilicate pentahydrate is 25 tons in 1*20’’GP.

Contact our product manager now, to get fast and in-depth answers. 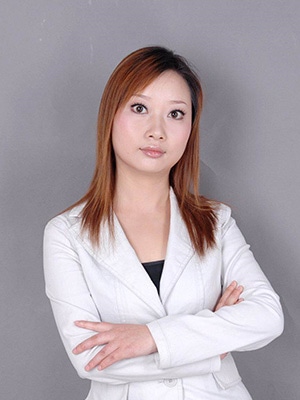